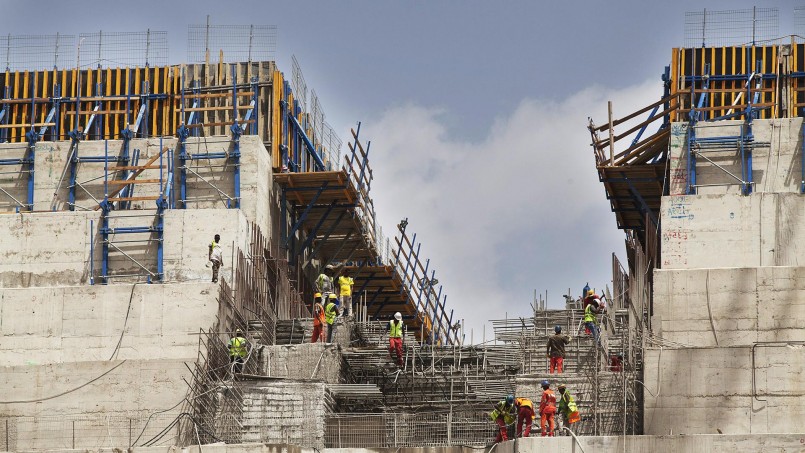 Stratfor for the Analysis:

A River Runs Through an African Rivalry

Egypt and Ethiopia have been at odds for much of their modern history, perhaps nowhere more so than in their attempts to secure water of the Nile River basin. This particular struggle has been on full display in recent negotiations over the Grand Ethiopian Renaissance Dam, which is situated on the Blue Nile. The history of competition over the critical waterway provides the context for regional dynamics that will endure long into the future.

Treaties lie at the center of controversy between Egypt and Ethiopia over the Nile River, primarily because most of these agreements never included Ethiopia as a signatory. The treaties were tools British colonial officials used in the 19th and 20th centuries to manage relations between their Egyptian and Sudanese holdings. Ethiopia, which was not a colony, at times negotiated with the British government but never had the same say in regulating the use of the Nile. Understandably, Addis Ababa has often rejected the legal framework established in this period for managing the river. One of Ethiopia’s main concerns is the fact that it, as an upstream country, is not protected in the same way as downstream countries such as Egypt.

The Geopolitical Impact of the NileFREE

From Ethiopia’s perspective, all countries in the basin depend on the water resource. Addis Ababa argues that it should have been invited to take part in initial agreements that set water use terms. Because it was sidelined from the process that laid down the management of the river, Ethiopia has instead pursued self-development projects such as the Grand Ethiopian Renaissance Dam. These kinds of projects are a problem for Egypt: the Nile is the desert country’s primary source of fresh water and of irrigation for agriculture. For that reason alone, Egypt has and will continue to dominate in use of Nile River water. Without it, Egypt could not survive.

The most recent major agreement on managing the Nile was reached in 1959, marking the start of the modern history of Nile River relations. It was signed soon after the independence of Sudan in 1956 and Gamal Abdel Nasser’s 1956 rise to power in Egypt. It dictated the amount of water that could be used by each country and established a number of joint projects to limit loss of water from evaporation in certain sections of the Nile. But once again, the agreement did not include Ethiopia.Of course, Nasser was not oblivious to Ethiopia’s concerns — or to its importance to Egyptian water security. Even before Nasser, Egypt had attempted to gain more control over the Blue Nile, one of the Nile’s major tributaries. During the 19th century, Egypt tried to invade Ethiopia to gain control over this portion of the basin. But Ethiopian armies deflected the invasion in the coastal areas of modern day northern Eritrea. Even after the failed invasions, Egypt maintained forces in the port city of Massawa (now part of Eritrea) to maintain military options against Ethiopia. By the time Nasser came to power as Egypt’s president in 1956, Egypt’s military no longer held these areas because the United Kingdom had given up control of the territory. And, in 1952, Eritrea had entered into a federacy with Ethiopia.

Rather than try to force Ethiopia’s hand militarily, Nasser attempted to work with Addis Ababa diplomatically. Moreover, Nasser had a direct connection with Ethiopia’s rulers. During his career as a military officer, he had been stationed in Sudan and had interacted closely with Ethiopian officials. Nasser failed, however, to convince the Ethiopian emperor to visit Egypt. Despite the interest Ethiopia may have had in collaborating with Egypt on Nile River issues, the style of Arab nationalism Nasser propagated in his country and the region drove a deep wedge between the two countries. Ethiopia considered the ideology a threat to monarchies such as its own. Furthermore, Ethiopians were Africans, not Arabs, so Addis Ababa was suspicious of any potential ulterior motives that may have been guiding Nasser’s attempts to initiate dialogue.

The Ebb of Conflict

In addition, both countries were implicated in Cold War politics. While Nasser’s Egypt was supported by the Soviet Union, Ethiopia was supported by the United States. For Ethiopia, this allegiance presented an existential threat. Communism, of course, staunchly opposes the concept of a monarchy, and Ethiopian rulers rejected communism and all of its agents. Eventually, communism did indeed bring down Ethiopia’s monarchy when the Coordinating Committee of the Armed Forces, Police, and Territorial Army (a Marxist-Leninist military council often referred to simply as the Derg), took control of the country in 1974. Before then, the monarchy held off interacting with Nasser, forcing Egypt to explore other means of establishing influence over the Blue Nile.Consequently, Nasser’s government began to undermine the Ethiopian government. By supporting Eritrea and Somalia, Egypt attempted to distract and weaken Addis Ababa by inspiring the Muslim population of Ethiopia to resist the Christian emperor, in part through propaganda operations out of Radio Cairo. They also provided facilities to Eritrean revolutionaries to broadcast their own propaganda, and even provided military training to Eritreans, many of which went on to become part of the current ruling class following Eritrea’s independence in 1991. Nasser also exploited the ethnic Somali struggle to unify greater Somalia, which spans across southeastern Ethiopia. Egypt provided military support here as well.

However, this interference eventually led to war between Ethiopia and Somalia over the disputed Ogaden region. By this time, communists had come to power in Ethiopia, and Nasser no longer ruled Egypt. Ethiopia’s military eventually defeated Somalia after the Soviet Union sided with Addis Ababa, beginning an era of communism in Ethiopia. During this period, Anwar Sadat became president of Egypt, and the country’s priorities changed. Ethiopia was in no position to continue its competition with Egypt regardless: It was distracted by internal conflict, not to mention Eritrea’s war of independence. And so, for a time, the two countries’ attempts to undermine one another declined markedly.

But tensions rekindled in 2011, when Ethiopia started the construction of the Grand Ethiopian Renaissance Dam near the Sudanese-Ethiopian border. Seeking reassurances that the dam will not endanger the crucial flow of the Nile River, Egypt has taken part in round after round of negotiations. The construction of the dam — and the diplomatic process surrounding it — has since progressed at a slow but steady pace.Despite collaboration, partially explained by the fact that Egypt simply has few alternatives to halt the dam’s construction, historical concerns between Cairo and Addis Ababa endure. Even now, Ethiopia faces internal unrest driven by ethnic discontent, and accusations of Egyptian support to opposition fighters have again emerged. Countries such as Saudi Arabia have also reached out, hoping to use the Grand Ethiopian Renaissance Dam as a lever to influence Egypt, which has recently sought greater independence in its Middle East foreign policy, resisting any attempts to bring it further under outside influence. Geography dictates that Egypt and Ethiopia will continue compete.