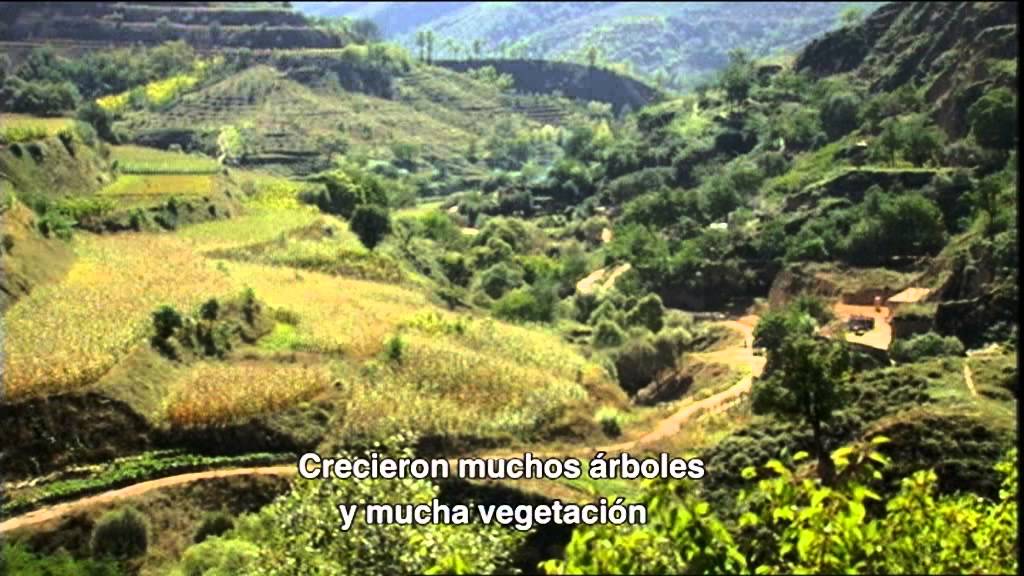 In a remote part of East Africa, the Ethiopian government is furtively transforming a pastoral landscape populated by indigenous agro-pastoralists into an industrial powerhouse of dams and plantations. While the government says these developments are intended to reduce poverty, those on the ground see their land and water being taken from them, their homesteads bulldozed, their choices narrowed. Impacts will be felt all the way to Kenya.

The developments in the Lower Omo Valley pivot on the construction of the hugeGibe III Dam, a hydropower project that also regulates river flows to support year-round commercial agriculture. The dam’s reservoir could begin filling in May, bringing major changes to the Omo’s flow. A new film by International Rivers, A Cascade of Development on the Omo River, reveals the hydrological havoc that could ensue.

The biggest hydrological risks actually come from what is happening on the land. A government plan to convert hundreds of thousands of hectares of land to irrigated plantations could be devastating to people and ecosystems downstream. Information is hard to come by on these land conversions, so Human Rights Watch (HRW) used high-tech tools to document the changes. HRW’s new analysis of satellite imagesreveals that the Ethiopian government continues to clear land used by indigenous groups to make way for state-run sugar plantations in the Lower Omo. The group reports that virtually all of the traditional lands of the 7,000-member Bodi indigenous group have been cleared in the past 15 months. Human rights abuses have accompanied the land grabs.

These massive developments will usurp the vast majority of the water in the Omo River basin, potentially devastating the livelihoods of the 500,000 indigenous peoplewho directly or indirectly rely on the Omo’s waters for their livelihoods.

Most significantly, the changes in river flow caused by the dam and the irrigation schemes could cause a huge drop in the water levels of Kenya’s Lake Turkana, the world’s largest desert lake and a UNESCO World Heritage site. The lake, which receives 90 percent of its water from the Omo River, is projected to drop by about two meters during the initial filling of the dam. If current plans to create new plantations continue to move forward, the lake could drop as much as 16 to 22 meters. The average depth of the lake is just 31 meters.

The Big Dry Begins
This will be the first year that river flow past the Gibe III Dam is almost completely blocked. Reservoir filling is expected to take up to three years, and during this time the Omo River’s annual flow could drop by as much as 70%. After this initial shock, regular dam operations will continue to devastate ecosystems and local livelihoods. Changes to the river’s flooding regime will harm yields from flood-recession agriculture, prevent the replenishment of important grazing areas, and reduce fish populations — all critical resources for livelihoods of local indigenous groups.

In a positive first step, the Ethiopian government has agreed to discuss joint management of the Omo Basin with the Kenyan government. To give this process weight and greater legitimacy, organizers should ensure that affected people are able to directly voice their concerns.

Although the dam seems to be a fait accompli, there are still options for managing the river in a way to reduce the risk that Lake Turkana becomes the planet’s next Aral Sea. A process to devise a dam-management system of more natural flows (called“environmental flows”) could reduce the worst social and environmental impacts of the dam and irrigation schemes.

To show it is serious about sustainable management of this important lifeline, the Ethiopian government should halt water withdrawals until a cumulative environmental-impact assessment of all developments in the Lower Omo is carried out by internationally reputable experts. Ethiopia should also commit to abiding by the assessment’s findings on how much water the river needs to keep Lake Turkana healthy.

A large percentage of Ethiopia’s budget comes from Western donors. These donorsmust play a bigger role in monitoring the situation now unfolding in the Lower Omo, and be prepared to put forth sticks along with the carrots if significant progress isn’t made in resolving these problems. To turn a blind eye would make them complicit in large-scale human rights violations and environmental destruction.

One thought on “Ethiopia Pushes River Basin Toward Hydrological Disaster”