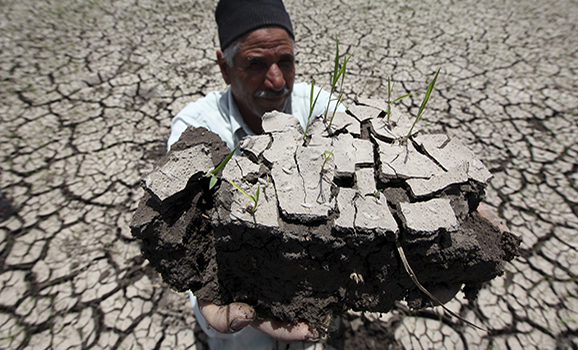 CAIRO, Egypt — Relations between Cairo and Khartoum are headed down a dark road following the ouster of Egypt’s Islamist President Mohammed Morsi, who had the backing of his Sudanese counterpart, Omar al-Bashir. This comes at a time when the Egyptian regime is striving to safeguard its security, commercial and water rights interests in Sudan.

An Egyptian Foreign Ministry source with knowledge about the Sudanese dossier explained to Al-Monitor the challenges in the relationship. “We are facing a crisis in trying to convince the Sudanese side of the sincerity of our stance, following Morsi’s overthrow. We are keen on bolstering relations with the Sudanese government because doing so safeguards the water, food, and national security of Egypt,” he said.

The source, who requested anonymity, said, “The Egyptian Ministry of Defense had put forth a plan to secure the Egyptian-Sudanese border, through the establishment of a joint border force between the two countries. In fact, some Egyptian security officials were dispatched to negotiate the details of the plan, but the Sudanese have yet to approve it.”

Bashir’s visit to Cairo in July was canceled, without any explanation given by the Egyptian presidency, despite preparations. But Egyptian Foreign Minister Nabil Fahmi headed to Khartoum on Aug. 18 on his first trip abroad, following the formation of the new Egyptian government. During his visit, Fahmi stressed Cairo’s keenness to safeguard its national security, but he did not invite Bashir to visit Egypt.

Bashir, who is the subject of an arrest warrant issued by the International Criminal Court in March 2009 on charges of committing crimes against humanity in Darfur, tried to maintain close relations with the Egyptian revolution and the Islamist regime there, as evidenced by his four visits to Cairo in the last two years. These visits were described by the prominent Sudanese opposition figure, Hassan al-Turabi, as attempts to hide behind the revolution and the Islamist regime of Egypt, as well as to garner support for the legitimacy of his rule in Sudan.

“Four issues stand behind the undeclared crisis currently brewing between Cairo and Khartoum. These are: the conflict over the Hala’ib and Shalateen triangle; the problem of coordination and agreement about the Nile water dossier and the Ethiopian Renaissance dam; opening the border and giving the Sudanese freedom of movement, ownership in and entry into Egypt without the need for visas, as Sudan has done; in addition to control over border crossings, and opening the road between the two countries,” an Egyptian security source told Al-Monitor, also on the condition of anonymity.

The security source added that Cairo’s refusal to open its border to the Sudanese came as a result of security considerations. The most important among the latter are the unstable security situation in Egypt and Sudan and the possibility that unsavory elements might sneak across the border from Sudan, particularly in light of Sudanese security forces’ inability to secure most areas that suffer from armed conflicts and the proliferation of weapons. “The Sudanese side has conveyed to us its inability to guarantee the protection and security of the road between the two countries, if it were to be opened,” the source added.

In this regard, the Egyptian and Sudanese governments had agreed to open the road that connects the two countries in September 2012. But implementation of the decision was postponed more than once for procedural and security reasons and it has yet to be inaugurated.

A diplomatic source connected with the ongoing negotiations with Sudan told Al-Monitor, “President Bashir always uses the Nile and the Hala’ib and Shalateen triangle issues to make demands and receive support from Cairo. This vexes Egyptian officials during negotiation sessions, and disagreements have disrupted the work of many joint committees between the two countries in matters of agriculture, commerce, and industry. It has also put on hold Egyptian projects in Sudan, most important of which is Egypt taking possession of the 1 million acres of land that Bashir had promised Egypt following the January revolution.”

“Egypt strives to make the Hala’ib and Shalateen area the locus of economic and commercial symbiosis between Cairo and Khartoum. We absolutely do not want it to be a point of contention or conflict,” Egypt’s Ambassador to Sudan, Abdel Ghaffar al-Deeb, told Al-Monitor.

Sudan’s actions in the Nile dossier also raise concerns in Cairo, which always strives to formulate a common position with Sudan — in its capacity as the other Nile basin downstream country — in opposition to the bloc formed by upstream countries. Khartoum has resumed its participation in the Nile Basin Initiative, despite its common stance with Egypt to freeze such activities, following the ratification of the Entebbe Convention by six of the Nile headwater states. Furthermore, the Khartoum government seems to be strongly leaning towards endorsing the building of the Ethiopian Renaissance dam, despite concerns by Cairo about the dam’s impact on its water security, in addition to Bashir’s announcement that Sudan intended to also build new dams.

“Meetings of the Egyptian-Sudanese Joint Technical Commission for Nile Waters have been on hold for the past year as a result of repeated requests for postponement by the Sudanese side. This is disrupting the attainment of an agreement for joint technical action in matters relating to Nile waters,” an official at the Ministry of Water Resources and Irrigation told Al-Monitor.

The same source added that any discrepancies in coordinating with Sudan about the Nile basin crisis would harm the international legitimacy of Egypt’s stance. It would also force Cairo to confront, by itself, the upstream countries, if it were to insist on the implementation of historical agreements that govern the management of Nile waters.

Despite the tensions that are affecting coordination between Egypt and Sudan on the Nile Basin issue, the Egyptian Minister of Water Resources and Irrigation, Mohammed Abdel Matlab, told Al-Monitor, “There are a number of ties that emphasize the strength of relations between Egypt and Sudan when it comes to the issue of the Nile waters. There is a permanent Egyptian mission in Khartoum to monitor the water level of the Nile in Sudan, and they are in constant contact with the Sudanese Irrigation Ministry to discuss water allocation and the division of annual quotas for Nile water.” Matlab commented on the current dispute, saying, “What is happening is a difference in opinion, but our final position is unified, and we are always trying to reconcile views.”

The new Egyptian administration is trying to take diplomatic steps aimed at containing the crisis with Sudan, to safeguard its interests without getting involved in a public debate or conflict with its neighbor. But these attempts have not come to fruition, in light of the political instability that prevails in Egypt, and the continued conflict that wracks Sudan.